· Proposed a presidential museum and memorial, under construction 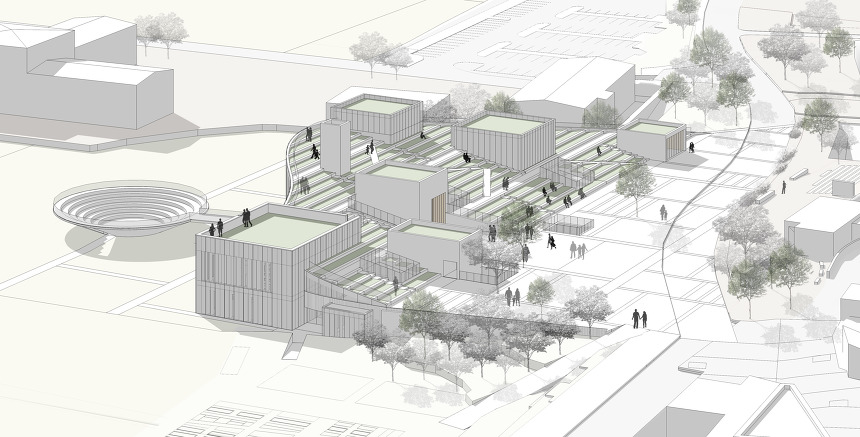 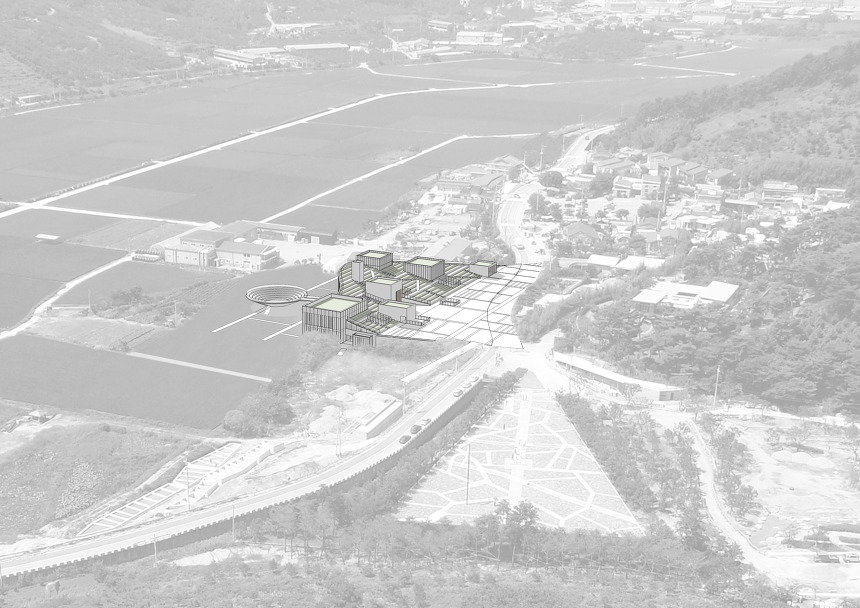 Bongha Mauel(village) of Gimhae is well-known as the hometown of Roh Moo-hyun, who is the 16th president of Republic of Korea, and the place where he spent his late life after retirement. Under the hillside of Bonghwa-san(Mt.), which is named after a phoenix because of its shape, about 100 households now live together in mostly small, low-rise buildings. There are already several memorial facilities in the village such as a house of the birthplace, a private residence, a cemetery, a temporary memorial hall and an ecological park along the main road. For this reason, the village has become a famous place in Korea that more than 1 million people visit every year.

The site is located at the end of the ridge leading from the summit of the mountain. There is a step of about 4m between the main road and the field of site. We plan to utilize this terrain to underground most of the buildings and not to reveal the whole scale in the village side rather than revealing the presence of architecture. The roof of the building made up of a gently stepped plaza which looks like a small hill. It will be a venue for various events,  performances, relaxation, and conversation, giving you the right stance and tension in the entrance yard. Several cubes rising slightly above the roof are used as exhibition rooms and movie theaters with enough ceiling height depending on each function. The size of the cubes is similar to the existing buildings in the village so that the scale of the village is not damaged.

The entrance yard, which will be used as the main entrance of the building, is planned to serve as the central square of Bongha Mauel as a whole. It will be used as a venue to organize the memorial facilities that are scatted in all parts of the village.